“For we must all appear before the judgment seat of Christ, so that each one may receive what is due for what he has done in the body, whether good or evil.”

“And all the churches will know that I am he who searches mind and heart, and I will give to each of you according to your works.”

“Those whom I love, I reprove and discipline, so be zealous and repent.”

“And if anyone’s name was not found written in the book of life, he was thrown into the lake of fire.”

Postscript – An Apology for Fearing God

That one should feel the need to include such a postscript, and that others would be drawn to read it, is something of a statement on the condition of today’s church. When writing of fearing God, it is almost a guarantee that someone will take offense and tell me that “God is love” (1 John 4:8,16) and go on to quote to me 1 John 4:18 and suggest that my problem is that my love is not “perfect.” I readily admit that this is so, but nevertheless I humbly offer the following scriptural defense. The verse in question reads as follows.

Does this verse really mean that believers are not to “fear God?” If you read this verse in context (and if you are one who thinks this, please do), this verse is speaking specifically of the fear of punishment which is cast out by the Holy Spirit when He gives us the new birth, we confess that Jesus is the Son of God, and put our faith in Him for the propitiation of our sin. So certainly as believers we are no longer to fear God’s punishment for our sin. Jesus took the punishment for all of our sin (past, present, and future) on the cross, as our willing substitute. But are there not other aspects of fear that have nothing to do with punishment? I speak not of a slavish, cowering fear, but of a reverent, trembling, holy fear that is wholly compatible with love and trust, which seeks to worship and honor the One to whom it is directed, and yet is best described as fear nonetheless.

John was the beloved disciple who reclined against Jesus’ bosom at the last supper. He it was who wrote the words “perfect love casts out fear,” and yet in John’s vision of Jesus glorified in the book of Revelation, John himself “fell at His feet as though dead” in holy fear. And what do we do with the numerous scriptures that speak positively of God’s people fearing Him? Consider the following examples.

“Serve the LORD with fear, and rejoice with trembling.” – Psalms 2:11

“But the LORD takes pleasure in those who fear him, in those who hope in his steadfast love.” – Psalms 147:11

“So the church throughout all Judea and Galilee and Samaria had peace and was being built up. And walking in the fear of the Lord and in the comfort of the Holy Spirit, it multiplied.” – Acts 9:31

And why shouldn’t we have a reverent, holy fear of the Lord? He is all-powerful and completely beyond our comprehension, understanding, or control. At the word of His command the heavens and the earth were created, and on a future day that He has appointed, “The heavens will be set on fire and dissolved, and the heavenly bodies will melt as they burn!” (according to 2 Peter 3:12).  He is holy and righteous and one day He will call each person to account before His judgment seat.

God is Love, yes! And what a love like no other love there is! God’s love was demonstrated most clearly in the coming of Jesus Christ, His Son, to pay the penalty for the sin of all who will look to Him alone in faith for their forgiveness. Amazing, sacrificial love, in that there was nothing found within any of us that deserved such mercy and grace. Amazing that, regardless of our deeds, He receives and will never cast away anyone who comes to Him. And yet the cross of Christ is also a stark affirmation of God’s righteous judgment against sin. The Saviour, God’s perfect, sinless Son, had to die a terrible death on a cross with our sin laid upon Him, to satisfy God’s justice and wrath (“the LORD was pleased To crush Him” according to Isaiah 53:10) so that our names might be written in the book of life.

Should we not be possessed of a holy fear when we even contemplate entering the manifest presence of such a one, even knowing that His wrath against our sin has been quenched, and that He loves us with an everlasting love? Jesus himself commanded his disciples to fear God.

“And do not fear those who kill the body but cannot kill the soul. Rather fear him who can destroy both soul and body in hell.” – Matthew 10:28

And not only do the gospels record Jesus instructing His followers to fear God, but the Apostle Paul’s subsequent letters to the Christian churches also command believers to fear God as an essential part of our Christian walk.

“Work out your own salvation with fear and trembling” – Philippians 2:12

“Since we have these promises, beloved, let us cleanse ourselves from every defilement of body and spirit, bringing holiness to completion in the fear of God.” – 2 Corinthians 7:1

In summary, the Bible clearly teaches the fear of God throughout the Old and New Testaments, where He is also shown to be a legitimate object of our reverent fear; Jesus commanded His disciples to fear God; the apostle Paul instructed the churches to fear God, and we see throughout the biblical texts that such fear goes hand-in-hand with faith, love, obedience, holiness, and comfort. It is my decided position, therefore, even if unpopular, that a robust fear of God, that manifests in a wholesome and holy reverence, and which leads us to exalt Him in our thoughts, to shun sin, to seek holiness and to walk in obedience to His commands, is perfectly compatible with (and actually enlarges) our faith in Him and our love for Him, and is fundamental to the biblical Christian faith.

It seems apparent to me that our adversary has worked long and hard to undermine and eradicate all such understanding from the church, that he has been largely successful, and that not only are we spiritual paupers as a result, but many have been given a false understanding of God as a kind, indulgent grandfather who winks at sin and who would never criticize, judge or discipline. Such a view is completely unscriptural and at its essence is just another form of idolatry – one of God’s most hated sins.

So I say let us bring back an exalted view of our Holy, Righteous, Majestic God, in all His Glory, whose Love sent His Son to bear the sins of His people so that we might be saved, purified from sin by His precious blood, and ultimately transformed into His perfect image. And by His grace, let us learn to walk by faith in holy fear and loving obedience, in a manner worthy of our most gracious Lord.

Scripture Passages on Which Much of this Poem was Based

“Then I turned to see the voice that was speaking to me, and on turning I saw seven golden lampstands, and in the midst of the lampstands one like a son of man, clothed with a long robe and with a golden sash around his chest. The hairs of his head were white, like white wool, like snow. His eyes were like a flame of fire, his feet were like burnished bronze, refined in a furnace, and his voice was like the roar of many waters.

“In his right hand he held seven stars, from his mouth came a sharp two-edged sword, and his face was like the sun shining in full strength. When I saw him, I fell at his feet as though dead. But he laid his right hand on me, saying, “Fear not, I am the first and the last, and the living one. I died, and behold I am alive forevermore, and I have the keys of Death and Hades.

“Then I saw heaven opened, and behold, a white horse! The one sitting on it is called Faithful and True, and in righteousness he judges and makes war. His eyes are like a flame of fire, and on his head are many diadems, and he has a name written that no one knows but himself. He is clothed in a robe dipped in blood, and the name by which he is called is The Word of God.

“And the armies of heaven, arrayed in fine linen, white and pure, were following him on white horses. From his mouth comes a sharp sword with which to strike down the nations, and he will rule them with a rod of iron. He will tread the winepress of the fury of the wrath of God the Almighty. On his robe and on his thigh he has a name written, King of kings and Lord of lords.

“Then I saw a great white throne and him who was seated on it. From his presence earth and sky fled away, and no place was found for them. And I saw the dead, great and small, standing before the throne, and books were opened. Then another book was opened, which is the book of life. And the dead were judged by what was written in the books, according to what they had done.

Image courtesy of Alexas_Fotos from Pixabay 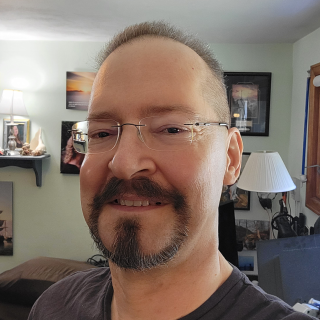